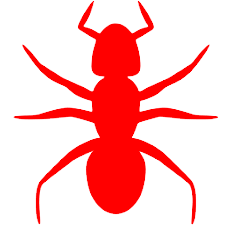 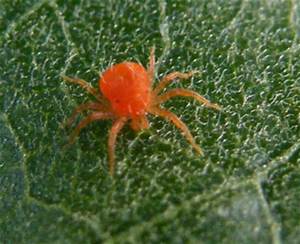 Shape: Oval, flattened from top to bottom, not hard-shelled

There are thousands of mite species, the majority of which measure less than 1 mm in length.Many species of the spider mite (family: Tetranychidae), so common in North America, attack both indoor and outdoor plants. They can be especially destructive in greenhouses. Spider mites are not true insects, but are classed as a type of arachnid, relatives of spiders, ticks, and scorpions.There are thousands of mite species found throughout the world, such as bird mites and clover mites.Some parasitic mites attack animal hosts, while others reside within the respiratory tracts of their hosts. A few types of mites, such as chiggers, can also transfer diseases to humans.Mites are a diverse group of animals. Some mites are predatory and will feed on other mites. Others are detritivores and feed on decaying material. Other mites feed on plants and can become agricultural pests